The Prophet Muhammad (peace be upon him) is the last and greatest Prophet.

Allah (the almighty) has said in the Holy Quran:

“Muhammad is not the father of [any] one of your men, but [he is] the Messenger of Allah and last of the prophets. And ever is Allah, of all things, Knowing.”-(The Quran 33:40). 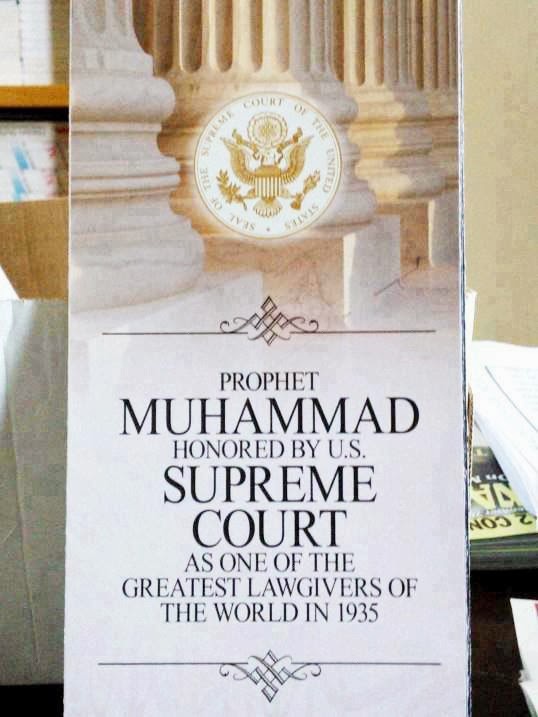 The Prophet Muhammad (peace be upon him) Honored By the U.S. Supreme Court As One Of The Greatest Lawgivers Of The World In 1935.

Statement from the U.S supreme court:

“The Prophet of Islam. He is depicted holding the Qur’an. The Qur’an provides the primary source of Islamic Law. Prophet Muhammad’s teachings explain and implement Qur’anic principles. The figure above is a wellintentioned attempt by the sculptor, Adolph Weinman, to honor Muhammad and it bears no resemblance to Muhammad. Muslims generally have a strong aversion to sculptured or pictured representations of their Prophet.”

Is there any celebrity who converted to Islam?

Is there anything Allah doesn’t know?

In Dr. Saad’s opinion, what is the most powerful verse in the King James Version of the Bible?

Is God truly eternal? Or is the universe eternal?

Timings of the 5 daily prayers in Islam

What does the Bible say about eating pork?

What food is not halal?